Mark in hand or forehead not required to receive it?

Note: Colors added for easier reference
A is Mark in either Right Hand or Forehead
B is Name of the Beast
C is Number of his Name

013:016 And he causeth all,both small and great, rich and poor, free and bond, to receive a mark in their right hand, or in their foreheads:
013:017 And that no man might buy or sell, save he that had the mark, or the name of the beast, or the number of his name.
013:018 Here is wisdom. Let him that hath understanding count the number of the beast: for it is the number of a man; and his number is Six hundred threescore and six.

choose A or B or C

It doesn't say
choose A and B and C
neither does it say that the mark A is the same as the name of the beast B or the number of his name C.
It says OR

What is the Mark A?

A recent poll by the Pew Research Center showed that 2/3 of Americans support the mandatory display of a national ID card on demand in order to "feel safe and secure." So-called Smart-cards, an identity card with embedded chips are already in use by 120,00 U.S. military troops, and the goal is to issue 4 million cards within two years.

This technology has already been proven by Applied Digital Systems (ADS), the inventors of the so-called digital angel. ADS holds patents on chips which are currently implanted in more than one million animals to track and identify them. The embedded chips are already in voluntary use in many humans, such as heart patients with pacemakers or artificial valves, and even knee and hip replacement patients. A chip implant is now required for all convicted sex-offenders in California.

Making good on its promise to "achieve a global presence," Digital Angel Corporation - manufacturer and marketer of high-tech, implantable devices for tracking human beings - has opened a research and development facility in Shen Zhen, a special economic zone near Hong Kong, hoping to cash in on vast markets in China and the Far East.

As WorldNetDaily first reported, Digital Angel is a sophisticated, miniaturized tracking device intended by its manufacturer for subdermal implantation in large numbers of human beings. After heavy publicity, the manufacturer last year deflected criticism from privacy advocates and Christians concerned over biblical prophesy by removing all references to human implantation from its website and literature, only to re-introduce human implantation - with a product called VeriChip - after Sept. 11, due to the nation's new preoccupation with security. from article

This device will be crammed down our throats as a wonderful way to help our at-risk elderly, find missing children and track the horrid child molesters. Then rapists, murders, drug kingpins next. Then ordinary felons and "persons of interest". At least to start. Then pretty soon, it will be stuck into all of us as a condition of citizenship.

Webmaster note: Friday May 10, 2002 a family in Florida received the implant in their arms. Questions I have to asked myself.

Can I say 100% that this is the actual mark?
No the bible does not fully support it.

Can I say 100% that this family has accepted the Mark?
Yes, it's a symbol of it.

BACKGROUND
On May 13, 1997, US Patent # 5,629,678 was granted for a `personal tracking and recovery system,' consisting of a miniature digital transceiver implantable in humans with a built-in, electromechanical power supply & actuation system. These features enable the device to remain implanted and functional for years without maintenance. This transceiver sends and receives data and can be continuously tracked by Global Positioning Satellite (GPS) technology.
On December 10, 1999, Applied Digital Solutions, Inc (ADS) acquired the patent rights to this technology, which the company refers to as `Digital Angel«.' The agreement gives ADS the right to develop this unique product for all of its applications or to sublicense the development of specific applications to other entities.
For more information, visit the Company's web site at https://www.web-ministry.com/revelation/digital_angel/www.adsx.com

More Companies Below that has Links to ADS

As part of its restructured debt agreement with IBM Credit, Applied Digital had to place the 82 percent stake it owns in Digital Angel in a trust.
If it can't repay IBM on time or if IBM accelerates the loan, the shares in the trust are to be liquidated to pay off this debt.
IBM that's an interesting twist! Could go with the Lucifer code here

CSA Travel Protection:
At CSA, we provide Travel Insurance
and Assistance Services-everything you need to guarantee your vacation

In July 2000, MEDICAL ADVISORY SYSTEMS (MAS) entered a long-term agreement with CICP, the holding company for CORIS Group International (CORIS) of Paris, France. CORIS provides medical and non-medical travel assistance and insurance claims services to the travel industry and insurance clients, and operates a 24/7 worldwide network of medical call centers. Through this agreement, MAS took another step toward a truly global approach to the delivery of travel assistance, health information and services, the recruitment of potential clinical trial subjects and the improvement of adverse reaction and expert reporting in clinical trials.

MAS will utilize our Internet platform hosted at our new Technology Center to create an electronic network for the CORIS 24/7 medical call centers. CORIS will assist in the development of International health information and clinical research application services, which will be managed from MAS' 24/7 MEDICAL TELECOMMUNICATIONS RESPONSE CENTER (MTRC) in Owings, Maryland. The agreement calls for development of both international and foreign language DocChat services in the U.S. using the CORIS 24/7 call centers to provide the infrastructure and personnel.

The Blood Care Foundation (BCF) operates a global network of Blood Banks enabling it to provide whole blood that can be transported by certified medical courier to almost any location in the world within 12-18 hours, subject to the availability of scheduled air services.

The BCF is dedicated to the provision, in emergencies, of screened blood obtained from internationally recognized sources, as well as resuscitation fluids and sterile transfusion equipment to its members traveling in countries where these are not readily available. To ensure these are readily available when needed, the BCF has created an integrated network of Regional Supply Points (RSPs) throughout the world for holding stocks of resuscitation fluids, including plasma expanders, and the sterile equipment needed for transfusion purposes. Should an emergency occur, one of the Foundation's alarm centers is immediately contacted.

Jaspin Interactive is a provider of Internet on online business solutions. Jaspin specializes in database driven web sites that achieve your business needs while allowing you to maintain your site using an easy-to-use administrative interface. It also allows for non-technical staff to easily create and manage new pages.

MAS contracts U.S. Licensed physicians and ancillary health care professionals who are complemented by a global network of offices and call centers, physicians, hospitals and clinics in the U.S. and a worldwide network of medical and logistical contracts to provide 24-hour-a-day, 7-days-a-week, 365-days-a-year medical response.

MAS is the leading national source of consumer medical assistance and information via telephone and the Internet, and is poised to play a pivotal role in efforts to streamline the collection and practical application of clinical research data. The Company participates in a worldwide network of 24-hour call centers.

What is the Name of the Beast B?

Lucifer, Satan, the world system we live in!
2Co 4:4 KJV  (4) In whom the god of this world hath blinded the minds of them which believe not, lest the light of the glorious gospel of Christ, who is the image of God, should shine unto them.
Question for you is who is the "god of this world"?

What is the Number of his Name C?

013:018 Here is wisdom. Let him that hath understanding count the number of the beast: for it is the number of a man; and his number is Six hundred threescore and six.

666
Do you have a number assigned to you? Your Social Security Number? Driver License Number?
Does it not give you a number to "buy and sell" or "get a job" in   the new world mammon system?

What is truly startling is how few Christians have actually thought through the decision as to where they will draw the line. Most just vaguely say that they will refuse to accept any chip implant. A few Christians have already publicly stated they will immediately accept any imbedded chip because Jesus “will forgive even that.” These usually cite Scriptures speaking of submission to governing authorities.

Others have recognized the spiritual nature of submission – and how the decision to abide or not to abide within the edicts of the beast is precedent to any final numbering scenario. These believe that their present refusal to function within existing political and commercial parameters is crucial to recognizing where the line will ultimately be drawn. These non-conformists are already resisting on a variety of levels, including renouncement of the Social Security number and a refusal to be licensed to drive.

Vast numbers of Christians confidently believe they will be raptured before the final requirement to receive a beast sanctioned identity is implemented. The simple truth is, the “mark of the beast” system has already ensnared significant numbers of “believers” who will simply continue to readjust their rationalizations as the beast slowly but surely tightens his grip on an already undiscerning Christian church.

Rev 13:16 And he causeth all,both small and great, rich and poor, free and bond, to receive a mark in their right hand, or in their foreheads:
Rev 13:17 And that no man might buy or sell, save he that had the mark, or the name of the beast, or the number of his name.
Rev 13:18 Here is wisdom. Let him that hath understanding count the number of the beast: for it is the number of a man; and his number is Six hundred threescore and six.

If youŌĆÖve had your head buried in the sand for the last several years
and havenŌĆÖt been paying attention, a handful of billionaires in Silicon Valley
now have control over what you say and who youŌĆÖre allowed to say it to. 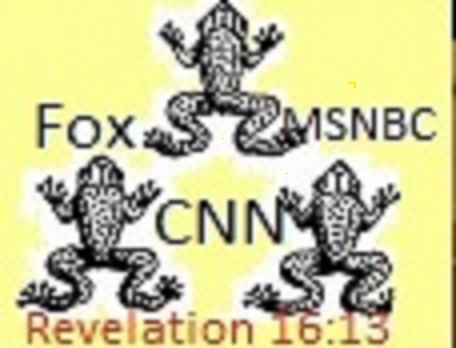 
Oracles of God - Music you will hear one day in Heaven!

Web-Ministry Created this page in 0.112797 seconds